Almost exactly two years ago I was just about to finish what would become HQCovers‘ most successful blog entry so far: Star Wars: The Force Awakens. It was a massive undertaking, at least from my perspective. Nineteen (quite complicated) custom covers and related in-depth liner notes. All in all it took me about eight weeks, which is quite a lot compared to other entrys on this site.

That’s why I decided that this year I’ll make it fast and easy. And by fast and easy I mean that I re-used most of my old templates and knocked out this entire collection over the course of just ten days. I admit that re-cycling my old designs is pretty lazy. Also, pretty cheap. But it was still more effort than what Disney did for their official soundtrack cover of The Last Jedi (#1).

It’s kinda disappointing to see them blatantly rehashing their own design from The Force Awakens (which in itself was already a rehash as well) and make it the official cover artwork. It probably took the designer, or any unpaid intern, ten seconds of their life and that’s just a shame for a film of this magnitude. At least the Japanese got a better artwork (#2; edited version), but it’s limited to a domestic market and that’s always a problem.

From a completist’s point of view the barebone international artwork may actually make sense. But The Last Jedi is not only the second entry of a Star Wars trilogy. This is also a stand-alone piece of work. It deserves its own proper look. Even more so as Disney will certainly make sure that there’ll be plenty of chances to release uniform looking editions in the future, when all three sequel films have been released. Given the fact that the entire marketing material for The Last Jedi was nothing short but stunning, it would be a real crime not to utilize it for additional soundtrack covers. So this is the perfect call to action for people like me… 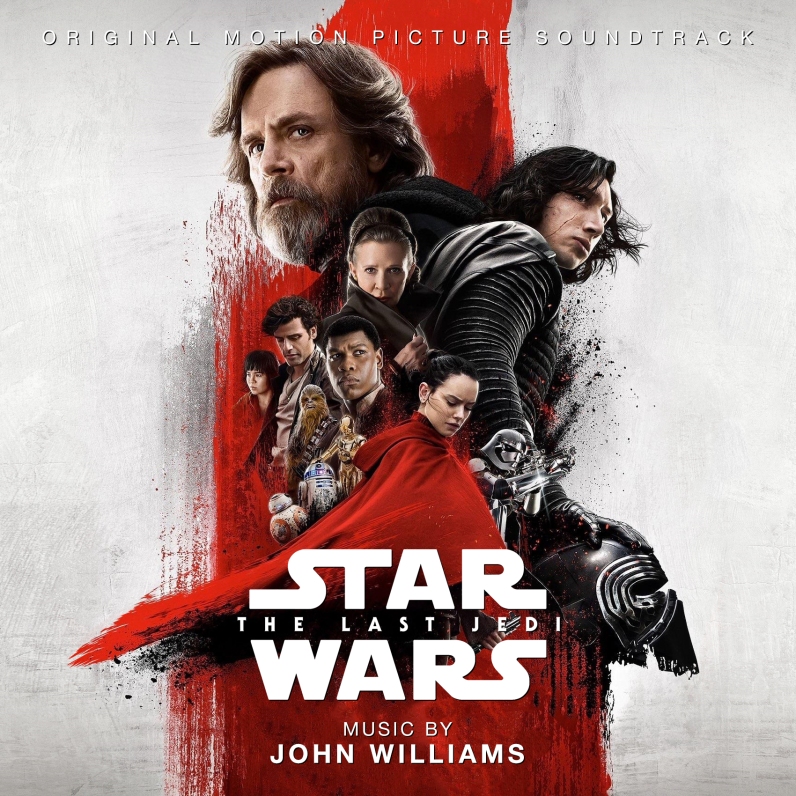 Thanks to a newly found source of incredible high-resolution textless posters, I was able to make a lot of these covers in near print-size quality. It’s a real treat to work with high quality material like this. It almost feels like an official assignment and that’s how I approached it.

For the first bulk of customs (#3, #4, #5), which I consider to be the main covers, I did have a clear idea right from the get-go. Disney released those high-contrast, blood-red one sheets and they lent themselves perfectly to the established Star Wars trademark design (#3).

Just for the sake of it, I made an alternate version as well. And it’s quite interesting to see how much the look and feel of Star Wars is defined by its logo design. The golden bevel cut logotype immediately pushes The Last Jedi back into the prequel era, for better or worse… though it still looks gorgeous. 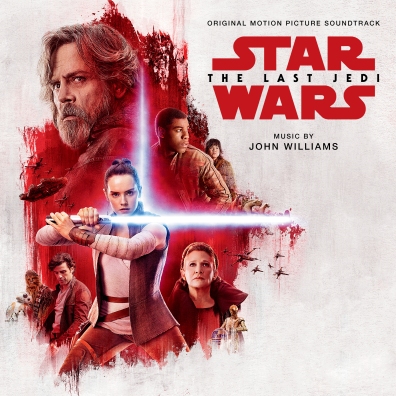 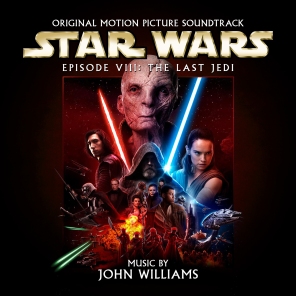 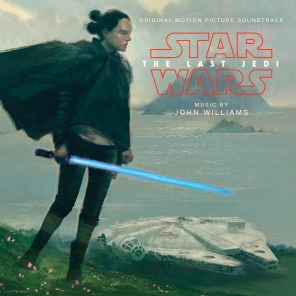 Most of the covers above are more or less based on pre-existing design templates. Which means that the first few days of this cover series pretty much boiled down to analyzing which The Last Jedi key art fitted which template. A working method that is quite fast, but also pretty unexcited. At least it allowed me to spend more time with Paul Shipper‘s stunningly beautiful Dolby/AMC poster (#6) and also Preedee T‘s magnificent fanart (#12). But I also felt like I needed something fresh. And the things I like doing the most, as you may have guessed already, are vintage vinyl designs.

It was my friend Sonic who made me aware of a custom poster made by Midnight Marauder and Tony Stella. A poster that harkens back to the early days of Star Wars and also shows an exceptional level of traditional handcrafting. I was immediately enthusiastic about the idea of a vinyl soundtrack (#15), especially since no official one was announced yet and thus I was breaking new grounds. For the lack of a better idea I named this one The Walt Disney Legacy Collection and conceived it as an extended cut spread over three differently coloured vinyl LPs.

Finally, I want to present another hypothetical idea of mine…

I’d like to give you a glimpse at what could have been possible with the official CD release, if only Disney had been willing to spend a little more effort. I was wondering, with all this amazing key art available, why Disney Records didn’t make better use of it? Why didn’t they produce a version that was worthy of the name Deluxe Edition? Something that fans were eager to spend their hard earned cash on.

Imagine The Last Jedi in a catchy digipack, enfolded in a clear plastic slipcase which features all text imprints. Once freed from its tight wrap, it offers a completely textless key art digipack in all its glory. I would have produced two different versions, Standard and Deluxe. One with the regular black starfield, the other one featuring six different character designs. Which one would be yours? Who would you choose? The dark side, or the light?