When I watched the Coen Brothers’ True Grit in cinema I was kinda underwhelmed. I found it to be too tedious and I quickly dismissed it for not having enough drama or tension. It was only recently that I finally figured out what a stupid dickhead I was.

True Grit is not about retelling an oh-so-clever plot, something I am unintentionally hoping for in every new Coen Bros film ever since I saw Fargo (the most twisted tall tale ever!). It’s a simple campfire story with a down-to-earth reality to it, depicting the journey of three disparate human beings, each one striving a goal of their own, and only able to achieve it by sticking together.

It’s a touching little coming-of-age film, a road movie and a revenge flick all in one. And I think it deserves to be part of my ongoing RDR2 blog-a-ton. 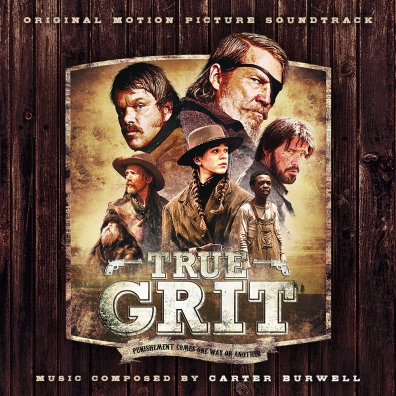 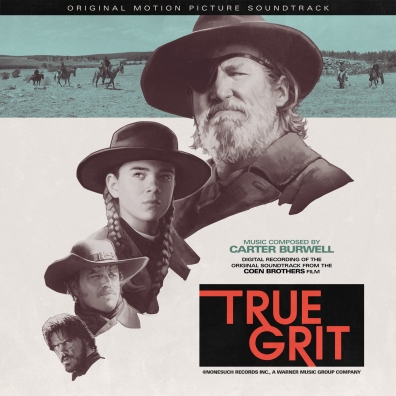 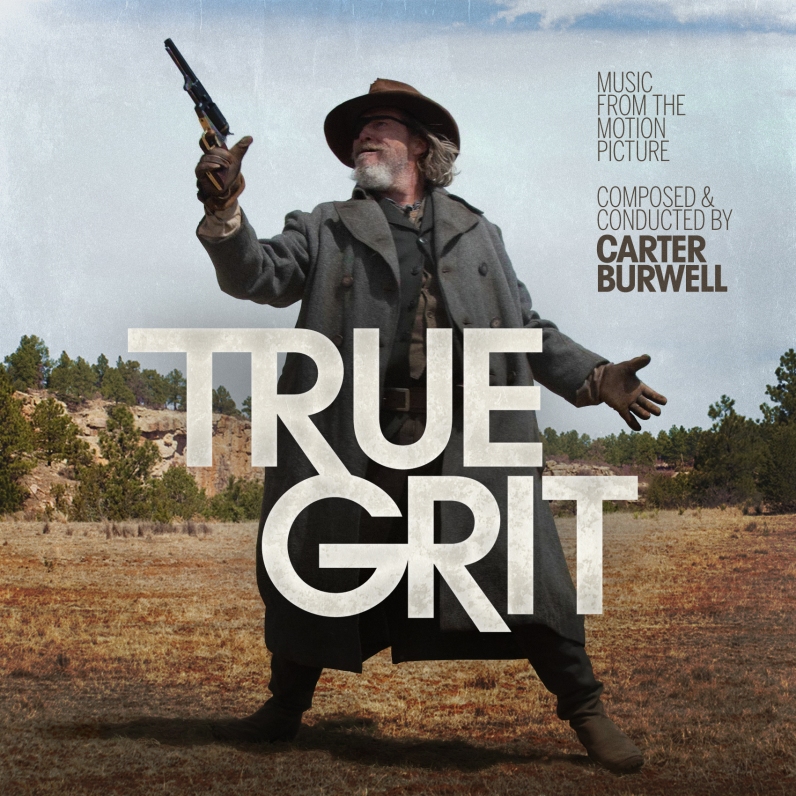 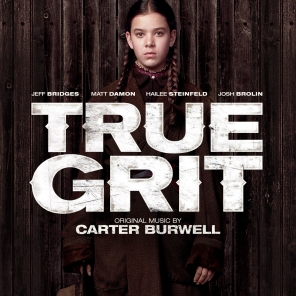 Designing custom covers for Carter Burwell’s score was kind of an inconsistent affair. I didn’t really know where I should head to stylistically and started without a clear goal. Thus, in a way, this whole endeavour stood under the proverbial banner of “copying”, much more than many of my earlier works.

For example, I remade a couple of covers of Elmer Bernstein’s 1969 score (#5, #6, #9) using a high res illustration from a guy called Jim Theodore (#5, #6, #8). His vertically oriented poster allowed me to crop out a similar layout as the original soundtrack albums.

Or, to my own surprise, I ended up replicating the cover art from a french disco group called L’Impératrice and I honestly have no clue why (#8)! Somehow the artwork for their 2018 single Dreaming of You was sitting in my True Grit work folder and I intuitively started working on it. Maybe I might have mistaken it for an old 70s movie while researching for this project. Hmm!

What I do know though is the origin of two other covers that I initially even planned to include in this blog post. But certain details kept me from it and I ended up making my own variations instead (#2, #4). They were originally designed by two fellow cover makers I’ve met on a forum I once frequented. And to give credit where credit is due, here they are in their original form, created by Jasonjhn8 and lucilia.

The second one is based on a lovely illustration by artist Jay Gordon, whose work is definitely the most beautiful piece in this entire collection.

Probably the only aspect that distinguishes my custom covers from those of many other talented people out there is the fact that I used the name True Grit in a literal sense and gave most of my retro covers a particularly dirty and old-looking finish (#4, #7, #9). The Photoshop Add-in Machine Wash Deluxe was of crucial help in that matter.