I‘m always working on several custom covers to multiple soundtracks simultaneously. That way I can keep myself busy without the risk of getting bored (and subsequentially artifically dull) within one film’s design scheme. In addition to this, I every once in a while throw in some random work in between too. For example, some soundtrack I stumble upon shuffling through my iTunes library or a new film poster I come along in the web. Poltergeist by Jerry Goldsmith was one of those throw-in’s. I’ve made custom covers for it a while back, but never was really satisfied with them. And when I finally saw Mondo’s limited vinyl artwork for it, I decided it’s time to refurbish the whole bunch. 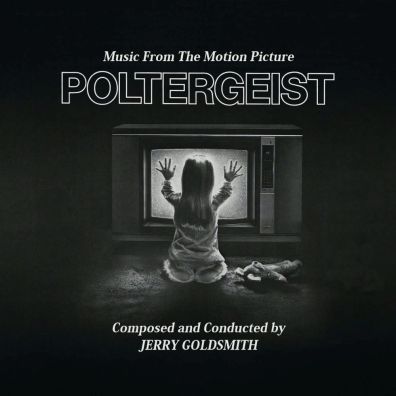 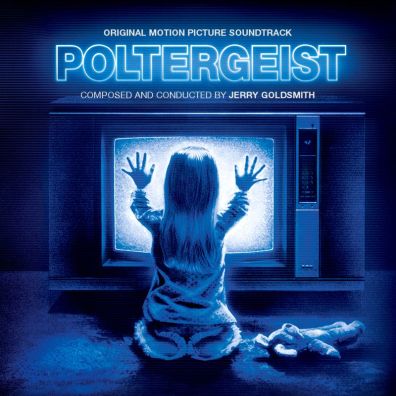 Mondo released the limited vinyl edition in February and it was sold out within only a few days. Cover artists Webuyyourkids created a very artsy, unusual design for it. I took elements from both the front and back panel and combined them into one artwork (#1), mainly because I wanted the film’s title to be featured on it.

The other two customs are based on different promotional artwork for the film. It’s really interesting to recognize the different art styles of each decade from the designs. One has the old and stripped down design (#2) the film got promoted with in June 1982, while the other one has a more fancy, digital approach (#3) that was used for the DVD release in 1997.

Completing the set are two of the original artworks for the soundtrack. First, there is the original cover (#4) from Rhino Music/TCM Turner Music released in 1997. And then the FSM Silver Line Edition released by Film Score Monthly (#5) in 2010. This double-disc is limited to 10000 copies world-wide (but still available!) and features the digital remastered score and a beautiful booklet with liner notes by Mike Matessino, who also wrote the Star Wars liner notes. If you don’t have this score in your collection go get it now! It’s still one of the best horror-scores out there.