The soundtrack to Ridley Scott’s Hannibal had it all. Beautiful classical compositions by Hans Zimmer and Company, a haunting orchestral performance by The Lyndhurst Orchestra and above it all, Sir Anthony Hopkins’ annoying monologue passages that ruin almost half of the album’s running time. But thanks to the filesharers community there existed a fairly decent bootleg of the score without all that I’m sure highly significant, but ultimately disruptive drivel. But there was one thing missing to put the cherry on the cake. Right… 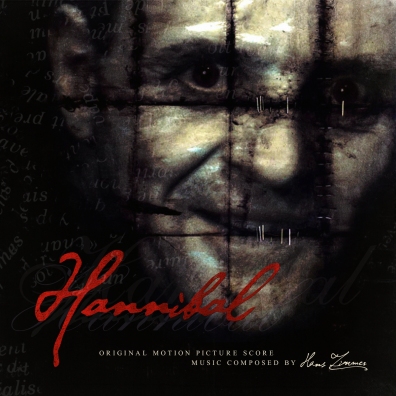 Originally my three renditions of the official artwork (#1 incl. variations) date back to 2003, when I started with this hobby in the first place. But I figured it’s time to upgrade them for good. As you probably know I don’t really like soundtrack covers that explicitly are labeled as complete or expanded, because they always feel like some kind of low-quality bootleg. But I wanted to keep them nonetheless just for diversity. And using a different font type and colour for the accentuated text wouldn’t have made any sense otherwise.

My other two artworks (#2, #3) are based on the only reasonable source material I could find. Although there existed many alternate poster designs – some of which I would have loved to work with – none of them were available in full resolution. I still hope for future Blu-ray releases to feature them in some form or another. Credits where credits are due, this time I’ve used these textures and blood sprites.

I think both covers turned out very nice, although they both happened by accident more or less. I’ve tweaked the wrong layer on #2 and suddenly this sinister and shady visage of Mr. Lecter looked me in the eye, it was a shock. But I started to like it immediately and tweaked it even more into that creepy direction.

#3 was an experiment as a whole. I didn’t know where to go at first and remembered some ink splash textures I came across recently and promised myself to use them on some project in the near future. Because of the red background I decided to approach it more freely and invert the blood sprites into bright white. I’m not sure if it represents the music on the album that well, but viewed as custom art on its own I think it looks gorgeous.


Thanks for voting and visiting!