There have been four official soundtracks for Crysis 2, and every single one looked basically the same. And also, horrible. I felt they were all too cool, too bold and in your face. But since I – to my own surprise – enjoyed the musical score quite good (something I couldn’t tell about the game though), I needed an adequate soundtrack cover. 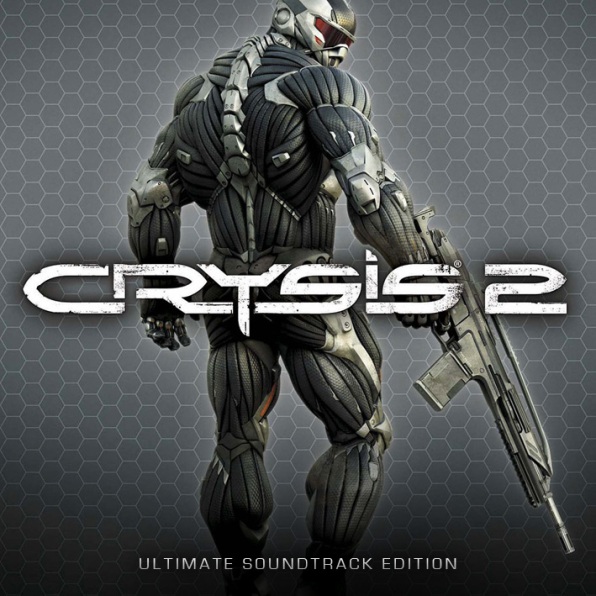 For my first custom I wanted something less sensationalistic and more subtle, but at the same time in the spirit of the game. I came up with this simple discbox slider design (#1), that would make a good promotional item. Maybe as a merchandise gift at game conventions or as a free addon for some PC magazine. Something like this…

The second cover (#2) I’ve found during my online research. I think it’s a custom artwork, but I don’t know who designed it. It’s based on the Nano Edition of the game, which at least has some kind of simplicity to it, even if it looks almost exactly like the Special Edition of the first game.

For comparison – and so you understand what “too bold” means in my eyes -, here are the covers of three of the four official soundtracks for Crysis 2. The two digital soundtracks from EA (#3, #4) and the physical release from La-La Land Records (#5). I skipped the original EA album, because my blog couldn’t handle such cumulative awesomeness all at once… 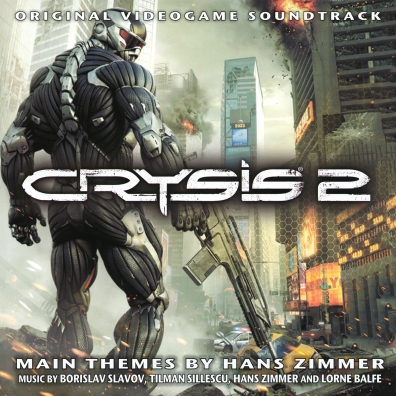