I love the fact that James Newton Howard can write scores like Maleficent and Nightcrawler within the same year. Compare the lush and romantic beauty of the former with the strange yet oddly efficient combination of electronica and woodwinds of the latter and you couldn’t go further apart. This one wasn’t on my to-do list at all, but once the original artwork (#1) popped up on the net, I changed my mind all of a sudden. Who wouldn’t want to have a picture full of awesomeness on his website? 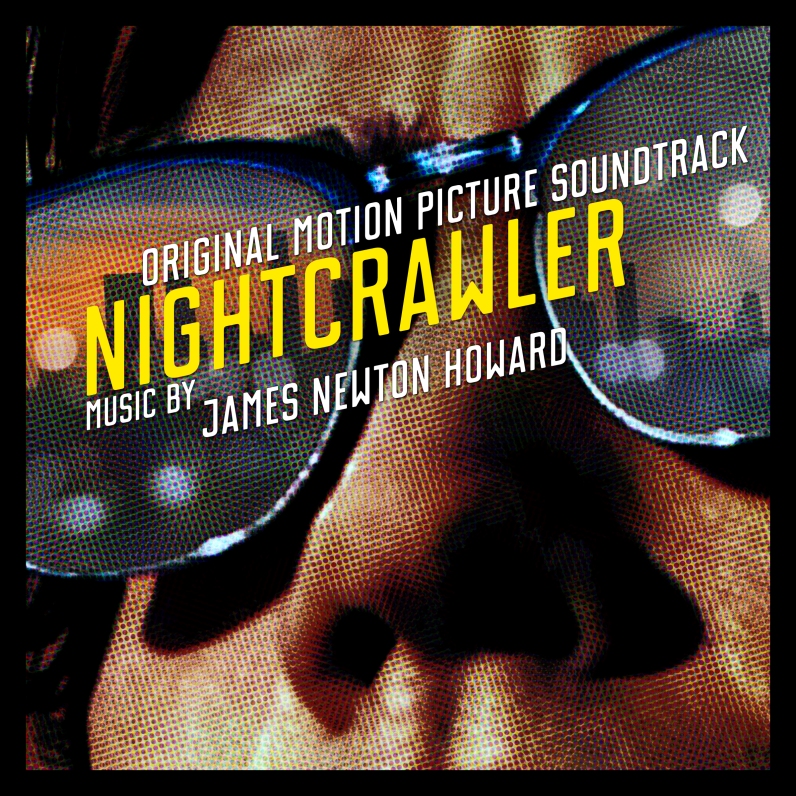 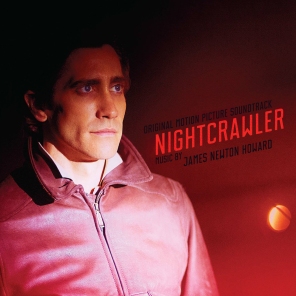 This series started off fairly easy with a custom cover based on the official film poster (#2). It kinda looks like a neon-version of David Fincher’s Zodiac. I removed a light source behind the film logo and hence had to rearrange some power lines as well, but nothing spectacular. Quick and dirty.

The next one (#3) was a rebellious beast and if I would give out honorary awards for troublemaking artworks, we’d have a clear winner. I think the film logo has enough distinctive value for a logo-only artwork, yet for balance I wanted to have some other element on the album cover. An opposite pole at the bottom. I figured a night-time city skyline would do the trick pretty good, but all my attempts failed miserably. Nothing worked, like… at all! However, I did not want to give up. I wanted to see this cover come to life so badly, that I spent hours and hours scouring through a plethora of websites… only to find that one suitable image. And I finally did!

The source images to customs #5 and #6 were both taken from this gallery and adapted into album art. The first one was created by Paul Johnstone and – according to the artist – is a reflection of the “ghoul” inside of our main character. The other one is from Janée Meadows, who also has a few other, very successful retro posters in the bank.

Cover #7 is my version of the films closing track which is called “If It Bleeds It Leads” and once you’ve heard it, you should know why I chose this track for my made-up single release. It is sick! A hilarious rendition of the otherwise majestic main theme. It’s so freaking cheesy and crazy, I can’t help but love it! And it reflects exactly what the movie apparently seems to be. For the cover I extracted an image taken from the official website and built my letter tapestry around it. I say tapestry, because this is indeed what I did here. I didn’t want to buy the original font “Mr Alex” just for this one custom cover, so I previewed the required words and letters and screengrabbed/pasted them into the artwork.

Finally, it is my pleasure to present you a custom cover by Helix, one of my buddies from the Final Fantasy Shrine Forums.

I also played around with this source image by UK based artist Ben Holms, but had my difficulties with it. He on the other hand nailed it. I love the grey coloured cardboard cover in combination with the yellow text, it works perfectly. The translucent record sleeve is also cool as hell! Have a look at the front cover in full resolution and hear what he has to say about his own customization:

What I love about vinyl has nothing to do with the sound, but with the gorgeous giant packaging which sadly we don’t have anymore. Even CD purchases are rare if ever with streaming services and digital downloads on the rise. But even on them covers are tiny in comparison. (…) The front cover can be used for the standard release, there’s no mention of the nature of the release except that it’s limited and let’s be honest here, who doesn’t want to feel like having a limited release?