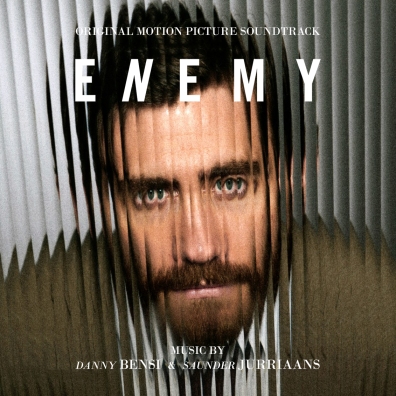 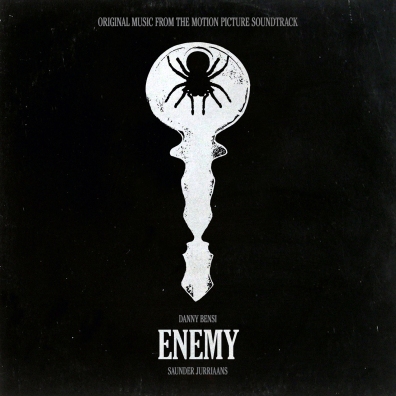 The only reason why I wanted to feature Enemy by Danny Bensi and Saunder Jurriaans on my blog, is the stunning cover artwork from the official soundtrack (#1). The pale colours together with the vintage font choice (ITC Benguiat) create a great retro vibe.

Overall there’s lots of interesting font design going on in these covers. From the retro touch of “ITC Benguiat” (#1) to the simple aesthetics of “Alternate Gothic” and “Bodoni” (#2, #3) the official album artworks take full advantage of the different typefaces. The same is true for another retro font called “ITC Cheltenham” (#4), while the clean cuts of “Gill Sans MT Pro” go down another route. The last custom relies heavily on “BD Plakatbau“, a font some of you might recognize from the Radiohead albums Kid A and Amnesiac.

Image-wise these custom covers weren’t as big a challenge as recent entries. The only one worth mentioning is #5 in which I copy/pasted multiple Jake Gyllenhaals to extend the human chain. I also had to utilize Photoshops Vanishing Point feature for the first time to adjust my album credits according to the logo treatment. Beside that everything else was standard fare.