In Mexico Sicario means hit-man. And in my world Denis Villeneuve means it as well. Man, that guy is on a roll! First the two Jake Gyllenhaal sleeper hits Enemy and Prisoners and now he’s about to show us how visually stunning the Mexican drug wars can get. Oh and there’s a bloody Blade Runner sequel in the pipelines as well… so fuck my ass, David Fincher wrap up warmly!

The official artwork (#1) features a brilliantly back-lit scene by director of photography Roger Deakins, who by the way also worked on Skyfall. I really love the atmosphere in this shot and also the well suited sharp-edged title logo. My only complain would be “Gotham“, which is a lazy font choice and certainly doesn’t fit the rest of the image. 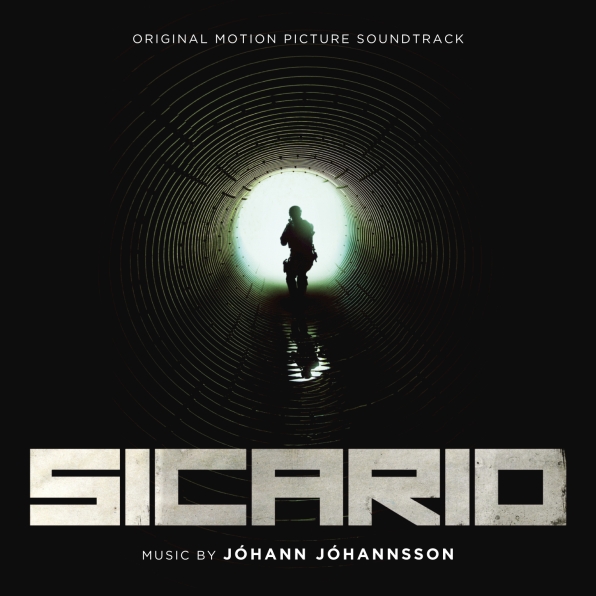 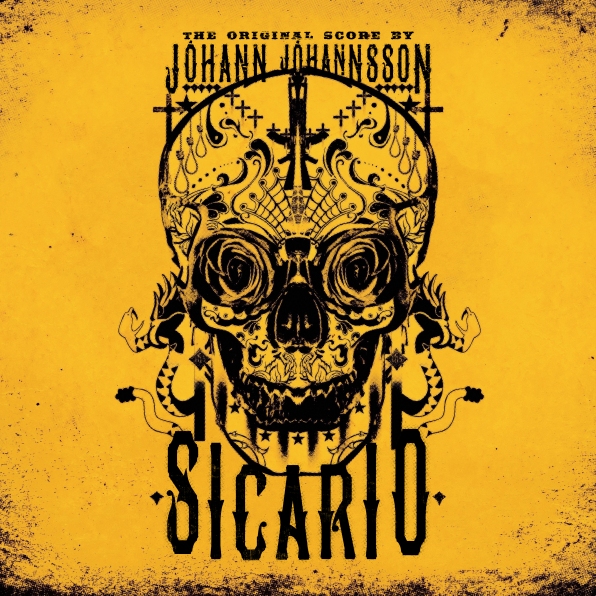 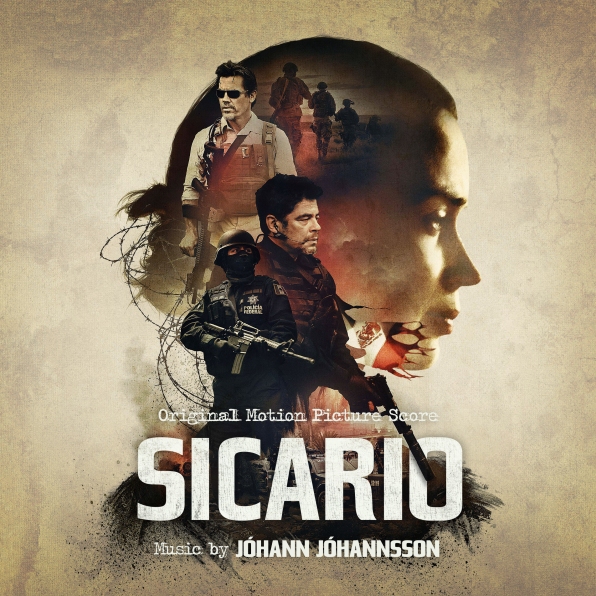 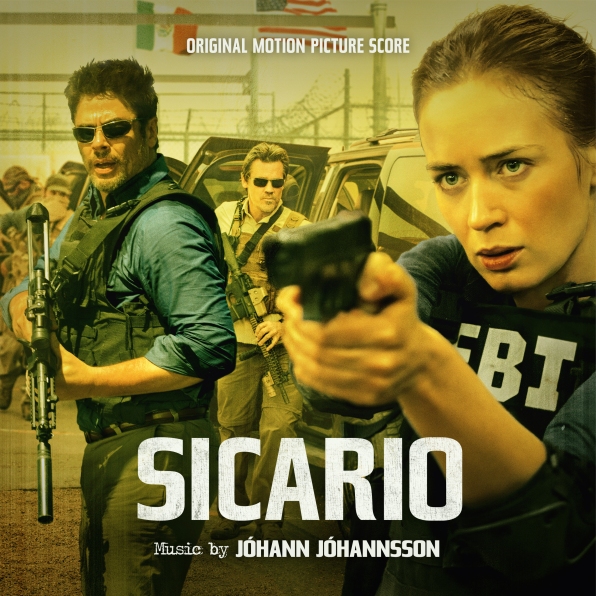 My first custom cover (#2) was quite a lot of work. First I had to recreate the text logo at the bottom, because I wanted it to be in the same font type as Mr. Jóhannsson’s name at the top – and unfortunately I wasn’t able to locate the font type from the original poster. I went with a heavily scaled and stretched version of “Pilar Typeface“, since it was the only suitable font I found that had angular curves. I tried really hard to make all text elements blend in as nicely as possible. More precisely by highlighting the text with a handmade halftone effect and also by applying Mr. Retro’s Machine Wash Deluxe magic afterwards. I kept the scratches and marks to a minimum this time since the image is already quite busy. The end result is pretty much how I imagined the cover in the first place and I’m really happy, because I remember times in which this wasn’t the case at all.

My second custom (#3) was also pretty demanding, but only because I tried to come up with a custom title logo. which is rarely a good idea. Most of the time it just looks poor, as if one wasn’t able to find a decent version of the original logo. Which is coincidentally the case here. The source image dimensions are huge and I only found a logo screencap from the official trailer. So I recreated the logo using a similar font called “Tasse Bold“, including a subtle scratches finishing for the demanding eye. 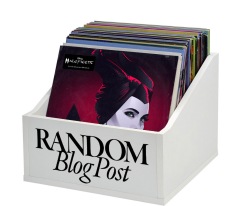