“Gods of Egypt” by Marco Beltrami

Writing in superlatives week after week does detract from credibility. When every other design or album art is amazing, brilliant and what not, it can become tiresome after a while. So maybe that’s the most positive thing about todays entry. That it allows me to balance things out a bit. A wise man once said, the sweet is never as sweet without the sour, and boy is this entry anchored on the sour end of the scale. And I’m not talking about the music here, mind you. After all this is still a blog dedicated to design and the work of visual art. But Varèse Sarabande’s recently announced Gods of Egypt is causing all alarm bells to ring. How in the goddamn name of Ptah is it possible to put out a release like this!?

Or what about that horrendous font choice? I guess nothing screams ancient Egypt like the old trout “Bank Gothic”, right? Especially after using the exact same font on every other Alex Proyas movie so far. Just slap on your average Photoshop text style and bang, you’re set.

And what business suits came up with the idea of tilting and cropping the source image to death? They zoom in so much, that their only solution for the composer’s credits is to tilt the text even more!? Are you fucking kidding me? Why would you force yourself into that corner in the first place?

I can only imagine how painfully frustrating this all must be for a composer like Marco Beltrami. Someone who put his heart and soul into his music, only to see it being thrown into the rummage bin in such a cheap way. No wonder people like Jeremy Soule prefer to put out their own stuff, rather than work in this Hollywood hell.

Screw this shit, I’ve had it. I’ll just dump my attempt to save what is left of this mess and draw a veil of silence over the rest. The remainders of this blog post will receive the same amount of effort as Varèse is spending on their artworks: None at all. 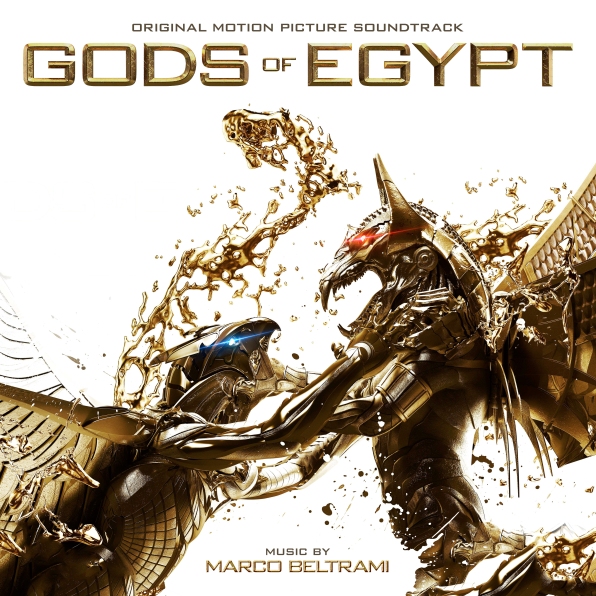 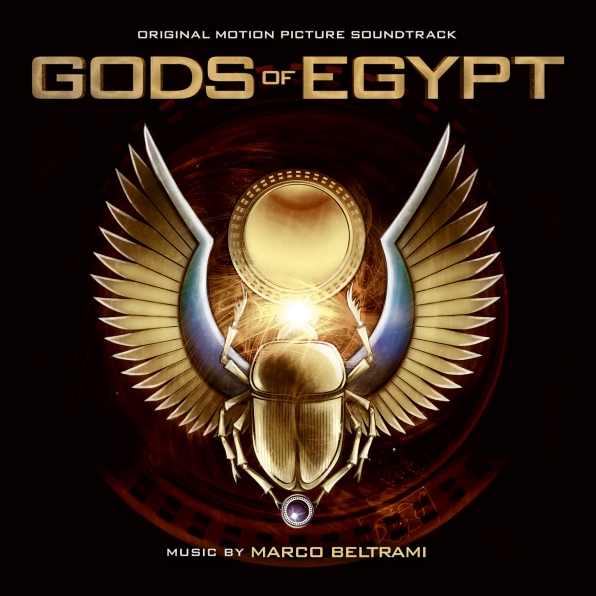 The new blog design I have applied in November 2016 brought a new format for featured blog images. Unfortunately some blog posts just didn’t look good with the available images. So I sat down and created new ones that would work both as a custom cover and a featured blog image as well. Gods of Egypt was one of those cases. Even though I would like to scrap this post as a whole, Marco Beltrami’s adventurous score made me ignore the design monstrosities above and create something hopefully better instead. 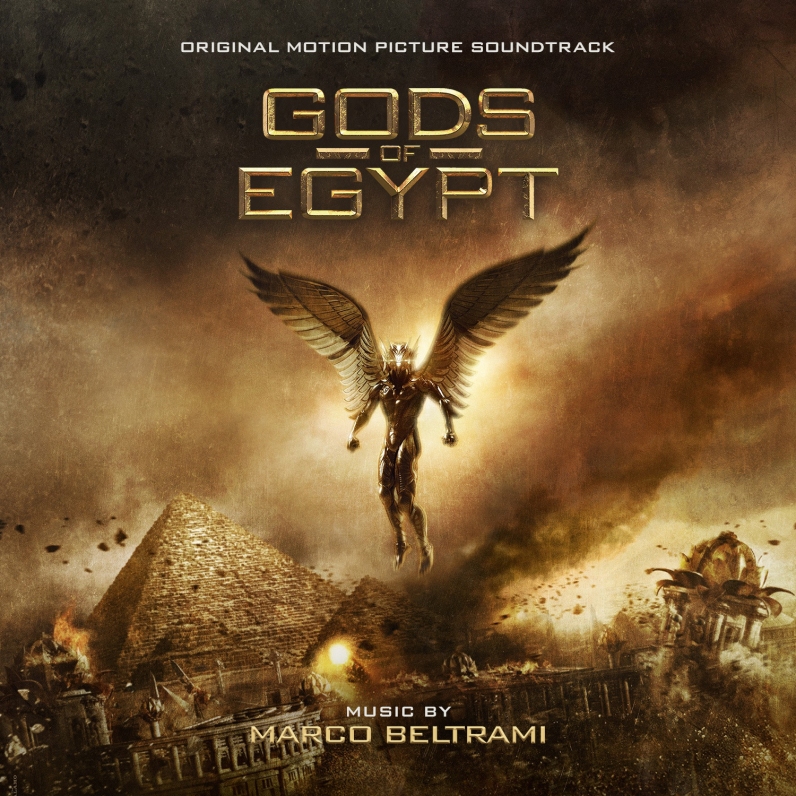 The first one (#4) is based on an official character poster and was the sole reason for this update. The second one (#5) was a fun idea I originally had for God of Egypt, but scrapped due to my frustrations with the official artwork. Now, a few months later – and a little bit of distance – I was finally able to make it a reality. A happy end after all.