Mafia II benefited immensely from it’s highly atmospheric soundtrack. A well crafted score by composer Matus Siroky and the Prague FILMharmonica Orchestra, who did an excellent job in capturing the sounds and athmosphere of that ruthless and violent era. 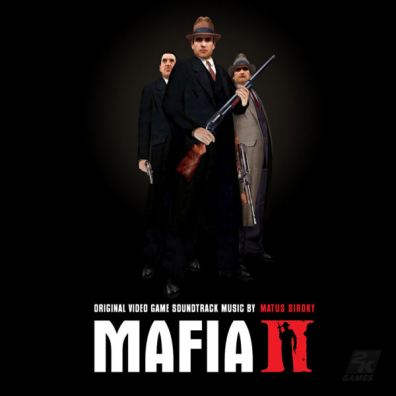 The somewhat unexciting official artwork for the soundtrack (#1) was accompanied by a variety of wallpapers, posters and promotional key art for the game. I was fortunate to be able to selectively choose my templates, a rare luxury.

I tried out different font styles for the album credits and also incorporated the 2K logo into every artwork. Normally I always have one particular favorite, but with Mafia II I can’t really decide which one could be considered as the main cover. I’m constantly changing the album’s artwork in my iTunes library, which is a good sign I guess. Feel free to use them in any way you like.