For the most part I was pretty underwhelmed by Kong: Skull Island. Instead of being entertained by an adventurous thrill ride I was irritated by a whole lot of problems. The “plot” is an absolute joke. Pacing is all over the place. The characters are your usual stereotypes… and even the monster fights can’t stand a chance against Peter Jackson’s King Kong from 2005.

It seems like there’s not much left to like about this film. Certainly not Henry Jackman’s mediocre score. Okay, maybe the atmospheric cinematography by Larry Fong. And a particularly nice typography during the film’s opening and closing credits.

But there’s only one thing that really knocked it out of the ballpark for me. And that is Kong’s extensive poster campaign: 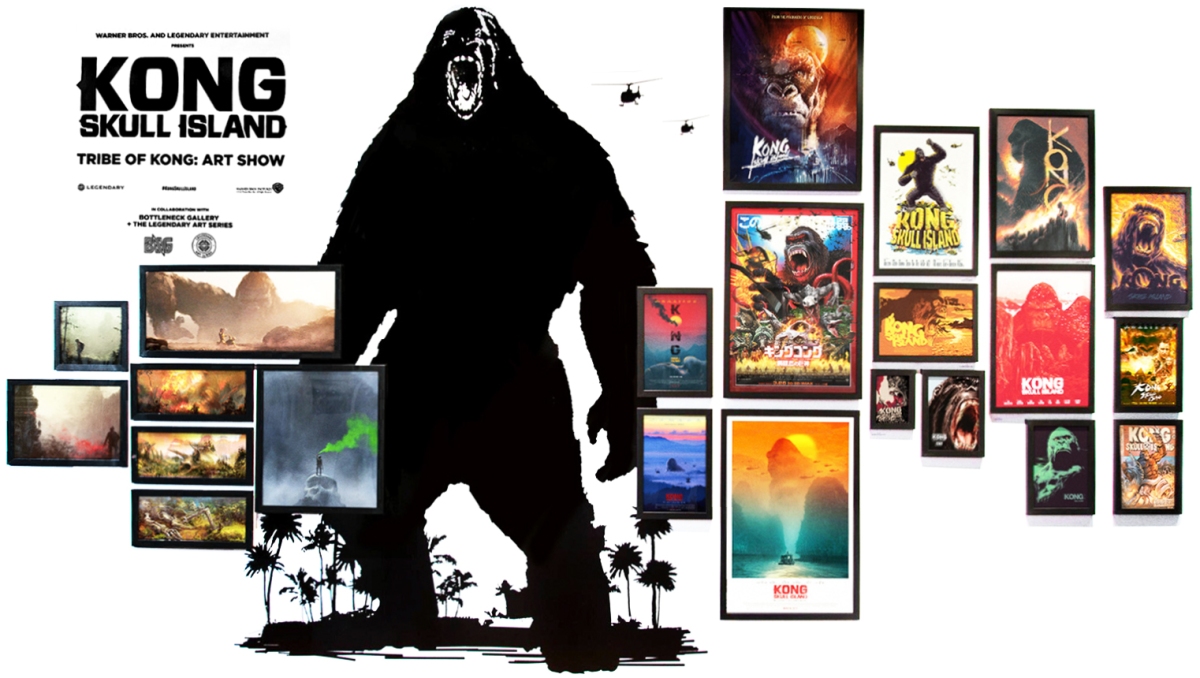 Warner Bros. and Legendary Pictures ordered a wide array of artworks and creative agencies like by B O N D, Concept Arts or Little Giant Studios, to name only a few, delivered big time. What they dished up in the past few weeks is unmatched this year and probably the past year as well. This colourful bouquet of posters and banners is nothing short but stunning. And it’s probably the only thing that really lives up to its spiritual predecessor Godzilla. 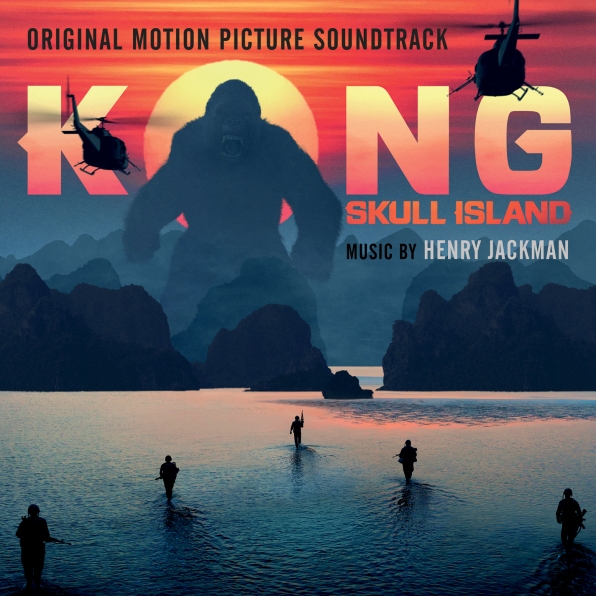 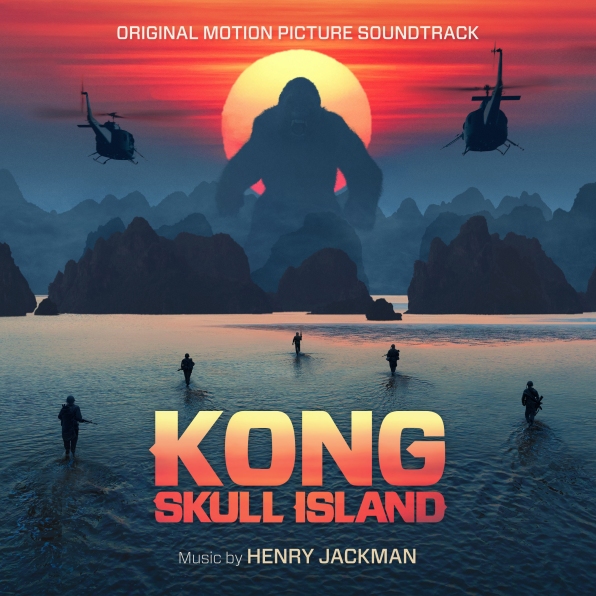 The official soundtrack cover (#1) for Kong: Skull Island is an interesting affair. I figured WaterTower Music would make use of that amazing wide angle shot of Kong posing amidst the island’s impressive mountain range. But I didn’t expect that level of creativity. The title treatment is pure bliss in times of chickenhearted mass market designs off the peg. I also love the overall composition of the cover. But why do they backpedal immediately with this boring font selection for the remaining text (“Alternate Gothic No. 2“)? And I can’t help but think that the cover would immensely benefit from a slightly bigger field of view. It somehow feels a bit crammed. Just a tad more space towards the edges to give it some air to breathe. I think it would all fall into place just a notch better.

Maybe one day I’ll try to come up with my own version of it. But for now this has to do:

My goal for this particular custom cover (#2) was first and foremost to create space and go for the full cinemascope effect. It was quite a bit of work necessary to rearrange all these elements as needed. But Photoshop is a pretty powerful tool and it seems to have a solution for every problem. And concerning my earlier criticized font design I decided to go with a more uniform style by using the official logo font “Forza“.

But please don’t think that I consider my custom cover to look any better or even as good as the original cover. It’s just a different take on the same material, bar the imaginative logo treatment. I just could find a way to include that one into my cover. Well, you can’t have everything.

The gallery below consists of the usual doings. Official poster designs transformed into square cover artworks. 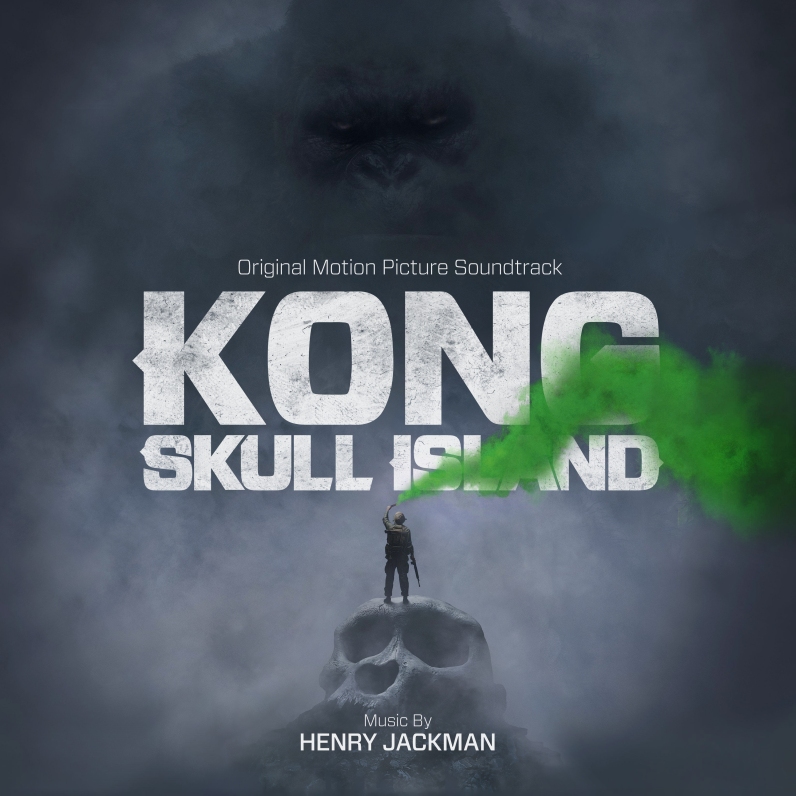 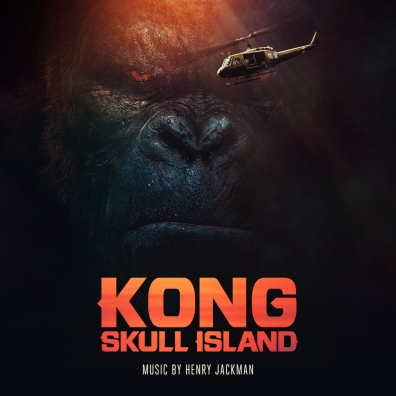 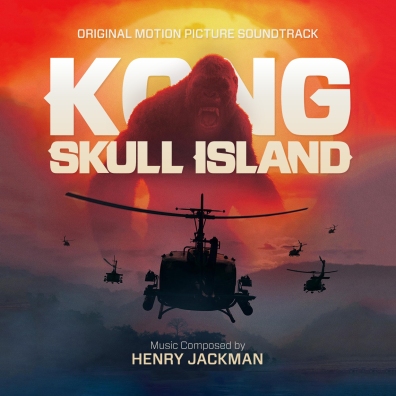 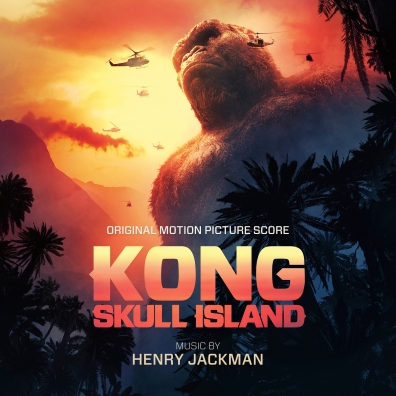 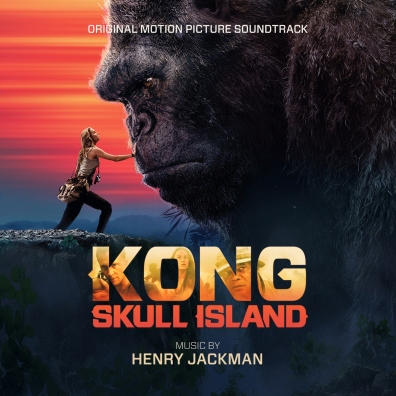 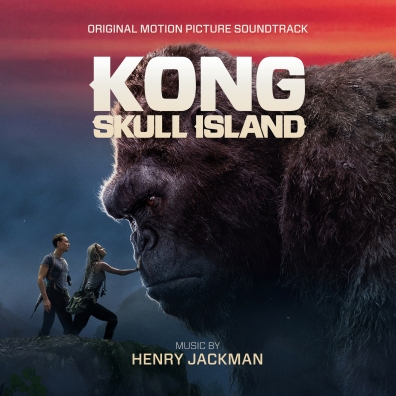 I won’t go into detail about the necessary work steps, as I think most of the times it’s obvious anyway. And I feel like I’ve done this a thousand times already up to the point of repeating myself over and over. And no-one’s interested in the same old stories. I would just like to point out the miraculous change of scale that Kong is depicted in in all of those artworks. I guess that’s what you call artistic freedom.

As with Godzilla back then, I also came up with some additional vinyl treatments again. They perfectly transport the vintage vibe of the film and make for some great eye-catching motives in your digital music library. 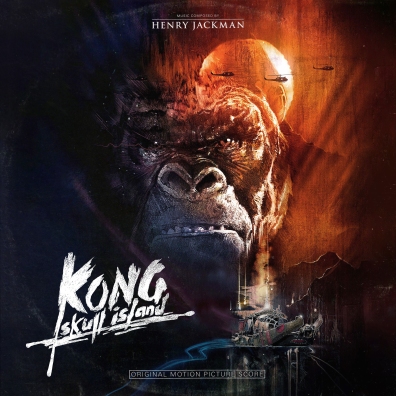 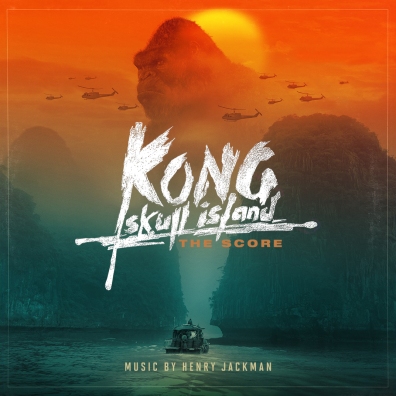 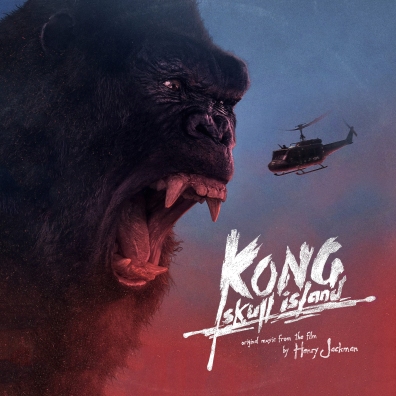 Custom cover #9 is based on a wonderful homage to the original Apocalypse Now film poster, created by Little Giant Studios. And they’ve done a perfect job. From the hand-painted quality over the crystal-clear sharpness down to the tasteful font selection in the bottom area.

Cover #10 is hollering Ape-ocalypse Now as well by mimicking the official soundtrack album. I also have attempted an even more faithful version, but it ultimately looked a little too cheap for a blockbuster soundtrack.

A far more extensive vinyl treatment went into the two final designs below. I’ve surely spent the most of my time for this series on the following custom covers, probably not so much on the first one (#12), but definitely loads and loads of time on the second one (#16). 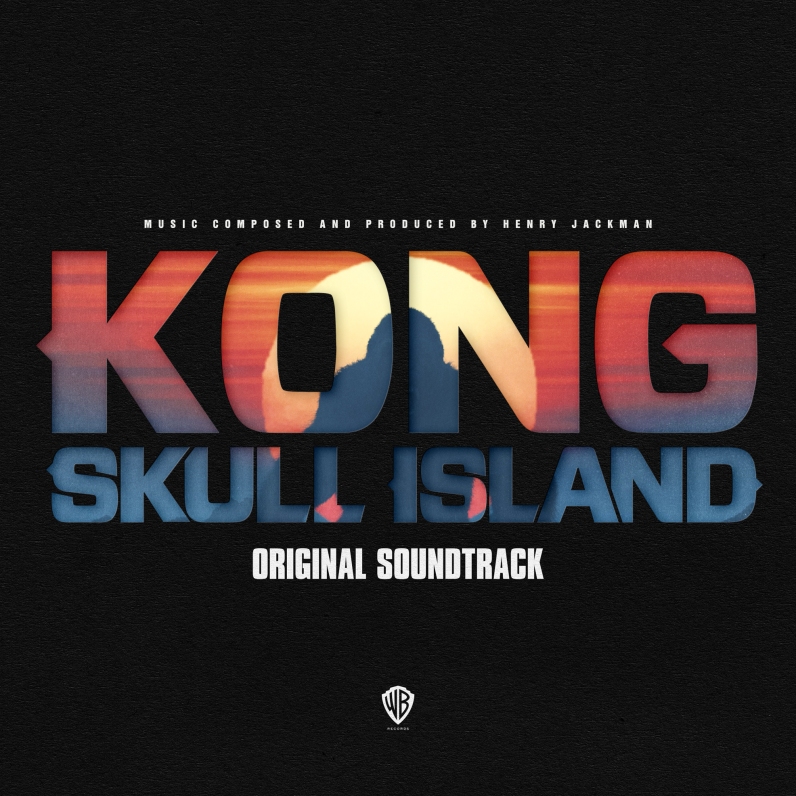 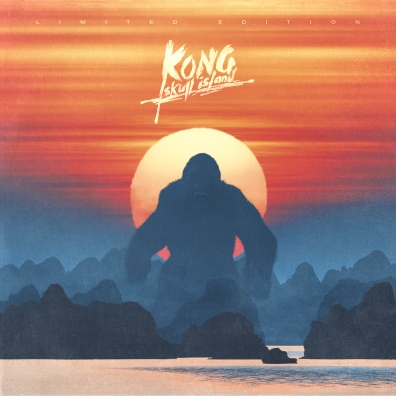 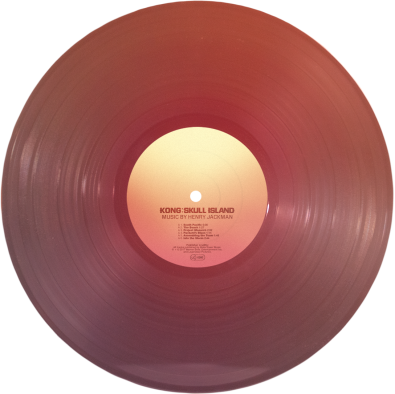 Revisiting my old Godzilla Limited Edition was a sure thing for me, at least when I heard about Legendary’s plan to establish their own version of a cinematic universe, boldly titled the “MonsterVerse“. King Kong, together with his soon-to-be-bro Godzilla, is supposed to form a team of super-monsters. Two allegedly baddies who are about to be saving mankind. Think of DC’s Suicide Squad, but successful. It’s all steering towards a (first?) big showdown between them two in 2020. And who knows what else is following beyond that.

So I dug out my old Photoshop template and adapted it into this Kong: Skull Island Limited Edition. The bold film logo provided a perfect opportunity for a die-cut digipack sleeve (#12) and the presumably most beautiful Kong artwork of all worked perfectly as the Vinyl sleeve inside of it (#13). I had to extend the original image in height by using a textless version of this widescreen banner. And I also applied some subtle colour filters to give it a slightly more old-school and romantic feel.

The concluding addition to this collection is perhaps the most challenging piece I’ve ever worked on. It all started when I came across a viral website named Discover Skull Island. As usual I started to grab all applicable images with the help of Chrome’s developer tools. It provided me with those huge, huge fake satellite views of the island, including different sets of translucent clouds and one particular, highly mesmerizing thermal photography of the same location. Ideas started to grow immediately, but for the time being I put it aside.

It was only after I saw some photos of the New York Comic Con poster, that I started to get a clear notion of where I wanted to go with those giant source images. That day I teased my idea to my Facebook gang, without having an exact concept for it, or the certainty that it would work out in the end. I only knew that I had to give it a try. And it’s only now, four weeks later, that I can gladly announce that yes, it all worked out perfectly. And even better than I could have imagined. 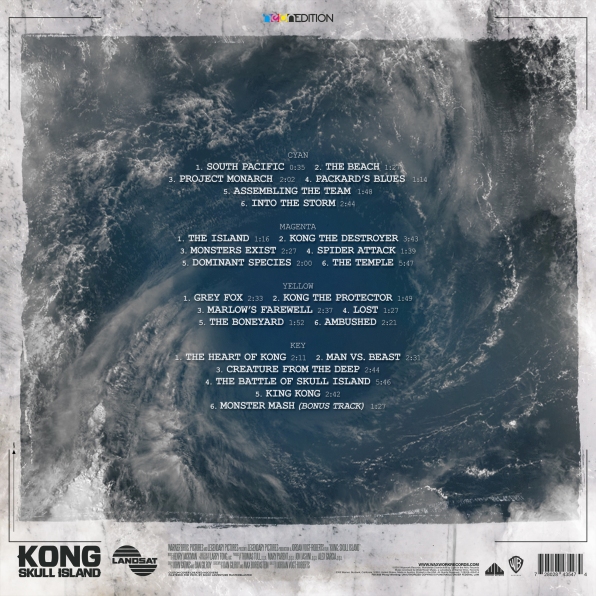 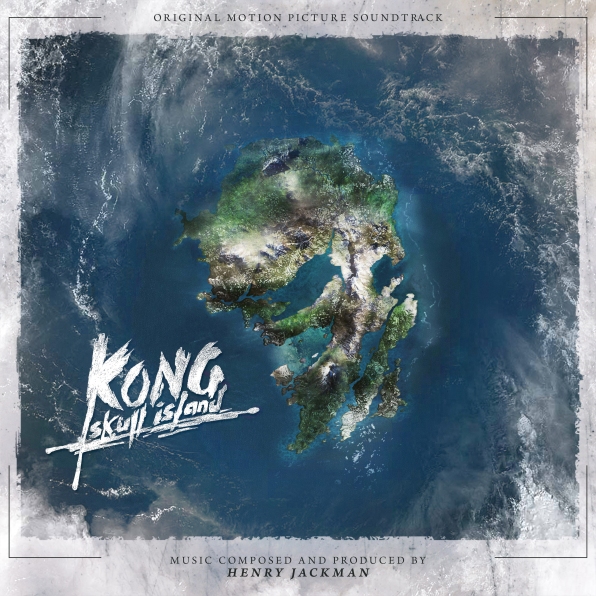 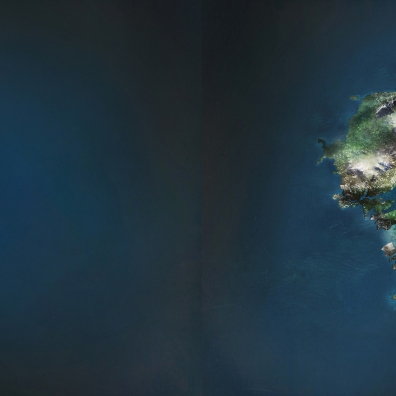 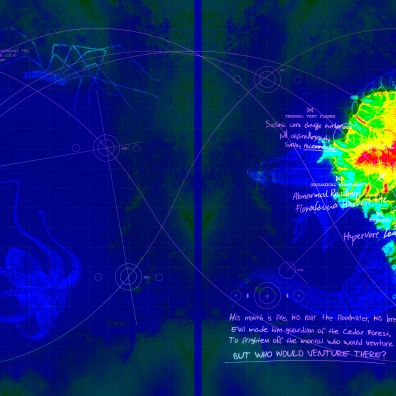 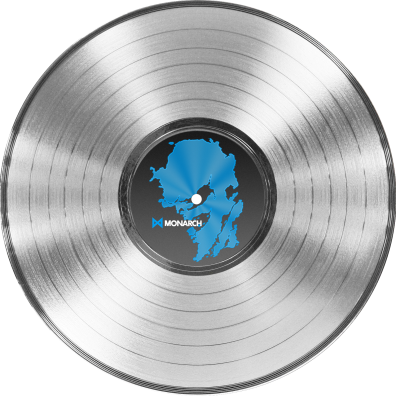 For this set I decided to work on the 6540×3240 full-sized images to preserve as much detail as possible. Both the front and the back went through a fair number of drafts before I settled on the final design and began working on the single artworks in detail.

The animated GIF below is the end result of a full week of work. I’m calling this one the “NEON Edition” and it’s all worth around 1,63 GB of disk space, split into two different Photoshop files (regular and illuminated version), because my computer couldn’t handle a single work file of that size.

The clear plastic wrap that’s ought to house the (seemingly) textless vinyl record sleeve (#17) is in large parts based on the previously mentioned NYCC poster. Why? Well because, just like the poster, it’s meant to reveal all kinds of secret information when viewed under black light.

I’ve added all necessary soundtrack information on the semi-transparent outer sleeve (#15, #16), to save space for the mythology mysteries on the luminescent inner sleeve (#18). The scribbles and sketches have been recreated in meticulous detail using close-up shots of the illuminated poster. For the additional remarks I’ve used ten different fonts to ensure that the individual letters vary enough to give the illusion of real handwriting.

Coming up with four different product mockups was the last step in this custom covers series. And it was another major task since Photoshop mockups usually don’t support transparent elements. I’ve had to come up with quite a few tricks to get the desired end result. But it was all worth it and I’m sure I’ll utilize these newly found techniques on future projects as well. 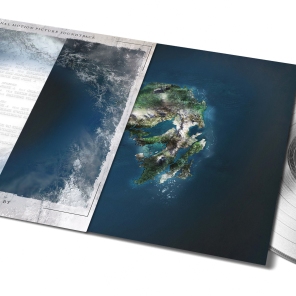 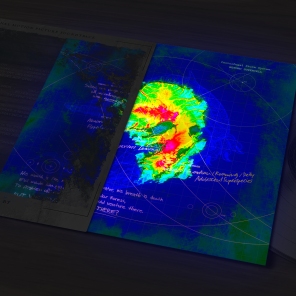 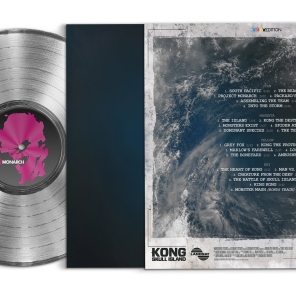 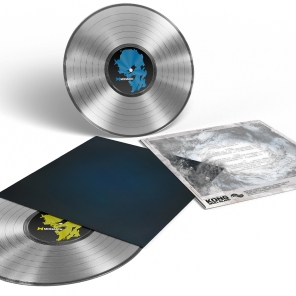 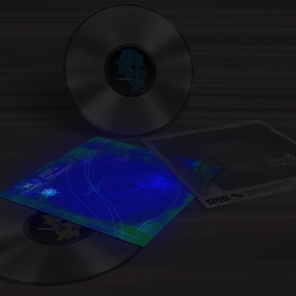 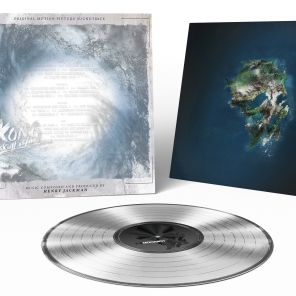 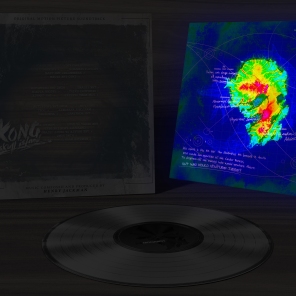