We don’t get masterpiece design like Moon very often any more. The official one sheet poster is not only great to look at, but also very unique, clever and it even tells you everything about the movie you need to know. 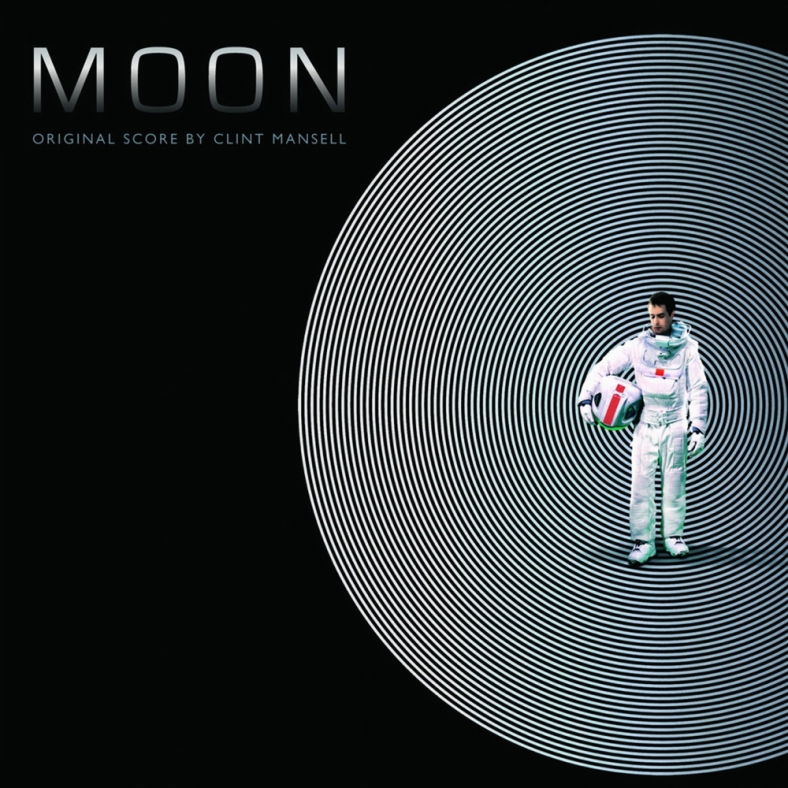 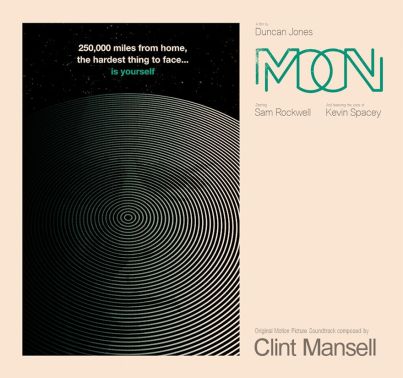 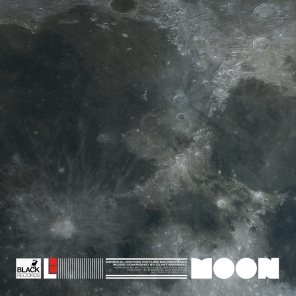 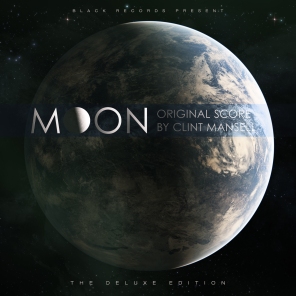 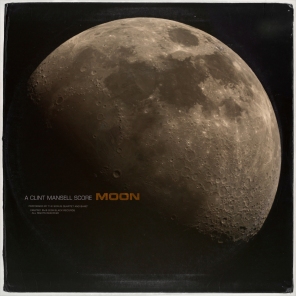 Originally designed by All City Media, the poster fits the mood of the movie and furthermore the music by Clint Mansell perfectly. We can only thank Sony Pictures, that they decided to use the same image for the official soundtrack release as well (#1). When I first saw this cover, I was absolutely sure, that this is the one and only artwork this soundtrack will ever need (I was proved wrong later…). Even if I would want to alter this artwork, there’s no single element I could improve. It’s flawless.

But… then I came across the next beauty on the web (#2), a custom movie poster created by the fabulous Olly Moss. I immediately started to rearrange the elements in my head. I couldn’t resist, just the title font alone is worth it. The picture, the tagline and the colors… everything in this artwork is grade A. I took a lot of time to choose the most fitting font types to make this a special gem in my collection.

Cover #4 is entirely made from elements taken directly out of the movie. It’s the title card turned into a soundtrack cover. Thanks to Gavin Rothery’s fantastic “Making of Moon”-Blog, I could locate the original font (Microstyle) and recreate all text elements in the original style.

Cover #5 was a design I always wanted to make. I used this huge (8k!) Moon surface map created by Jens Meyer as a base and applied a slightly altered billing block from All City’s original poster design – which was later released to the public by Mondo. Do you see the Lunar Harvester’s trails? They also appear correctly oriented in #7. I extracted them directly from the movie and added them to the Moon surface. Sometimes I dot the i’s and cross the t’s… gosh!

My final design (#7) is more in the vein of a solo record than a traditional soundtrack album. As in the preceding cover #6 I wanted to stay as minimal as possible. In my first sketch I only had an one-liner containing the composer’s name and the movie title. But it felt a little empty and unpolished. And to set it apart from the previous, entirely digital approach (#6), I also added some rough marks and Vinyl aesthetics as well.

All in all I have to say, that Moon has one of the greatest campaigns in the recent years. It happens very rarely, that you find movie posters, that serve the eye as well as the mind.