Publishing my Serenity customs without tacking Firefly as well was an absolute no-go, so I started working on these two series simultaneously and finished the last one just yesterday evening. It was pure pleasure working on these and listening to the music at the same time. I’m always getting nostalgic and moved when Greg Edmonson’s score comes up, partly because I miss this universe so much and partly because it gives me such a strong feeling of home. A key aspect of the show… finding a place to belong to. If you want to know more about the score, please have a look at this insightful review at Tracksounds, written by Steve Townsley. 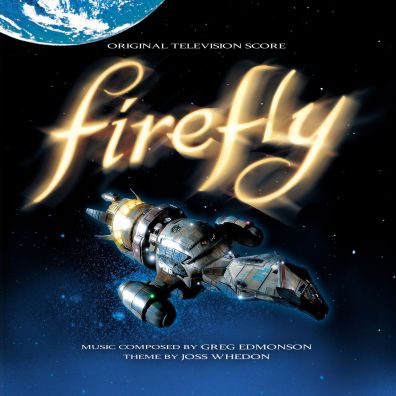 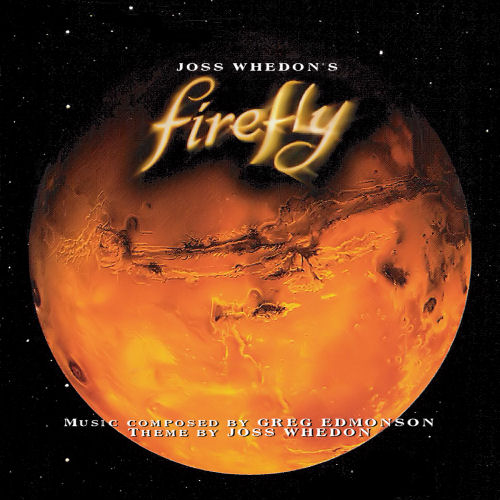 For the custom covers I had no huge selection of source material since this is coming from the TV market. And FOX wasn’t crazy about advertising the show also. But at least the official soundtrack got a decent cover artwork (#1) that fortunately featured all of the main cast at once (unlike the movie). By the way the criss-cross line texture is intentionally and part of the official artwork.

Custom #2 was merged from two different images, a technique I’m getting more and more acquainted lately due to the lack of high resolution source material. That’s also a circumstance I could no longer cover up at custom # 4. I created it a few years ago and scaled the finished cover down to 500 square pixels – regretfully, because I can’t find the image anywhere now. I guess it must have been some sort of flyer or magazine ad. But it completely vanished from this planet’s surface. I guess that makes it an original creation now, doesn’t it?

At least custom cover #5 is definitely an original creation. I wanted to emphasize the earthy tone and the religious-like fan-devotion to the series in a cover. An almost Bible-like artwork, a Shepherd Book-style (pun intended!). To keep it consistent I used the font type of the original soundtrack. And the line “Music Composed by” is the same font that’s used in the TV show’s opening titles.